From Santorini we took a ferry over to Mykonos island. It was a very fast and efficient process compared to taking a flight over. Our thoughts on Mykonos were a bit different then Santorini.

Those are just a few differences between the islands that were apparent in the first 24 hours. We stayed at Rocabella Mykonos which was nice but a bit far out of town. We didn’t realize its a lot harder to walk into town then in Santorini. The road to get to town was only about 5 min but took about 10-15 due to the majority of it being one lane with lots of cars, buses and ATV’s. Since we had to always catch a ride into town I planned one for 7am to go take photos…they looked at me like I was crazy. Its not till we got into town the next morning that I really understood why. All bars and clubs were still open and in full party swing. People don’t go home..they stay and party till 8-9 or even 10am. Some bars even turn into breakfast spots after the partying.

While in Mykonos we heard of the famous nightclub Cavo Paradiso so we checked the lineup for the nights we were in town and sure enough one of our favorite DJs was playing, Alesso. We ended up heading to the club at 1:30am and Alesso went on about 3:00am. While we aren’t party animals who stay out till 9:00am it was a fun experience to be in one of the most well known clubs in the world for a night.

Overall Mykonos had beautiful streets, wonderful food and gelato BUT we definitely feel like we are more Santorini people. We enjoy the more quiet side! 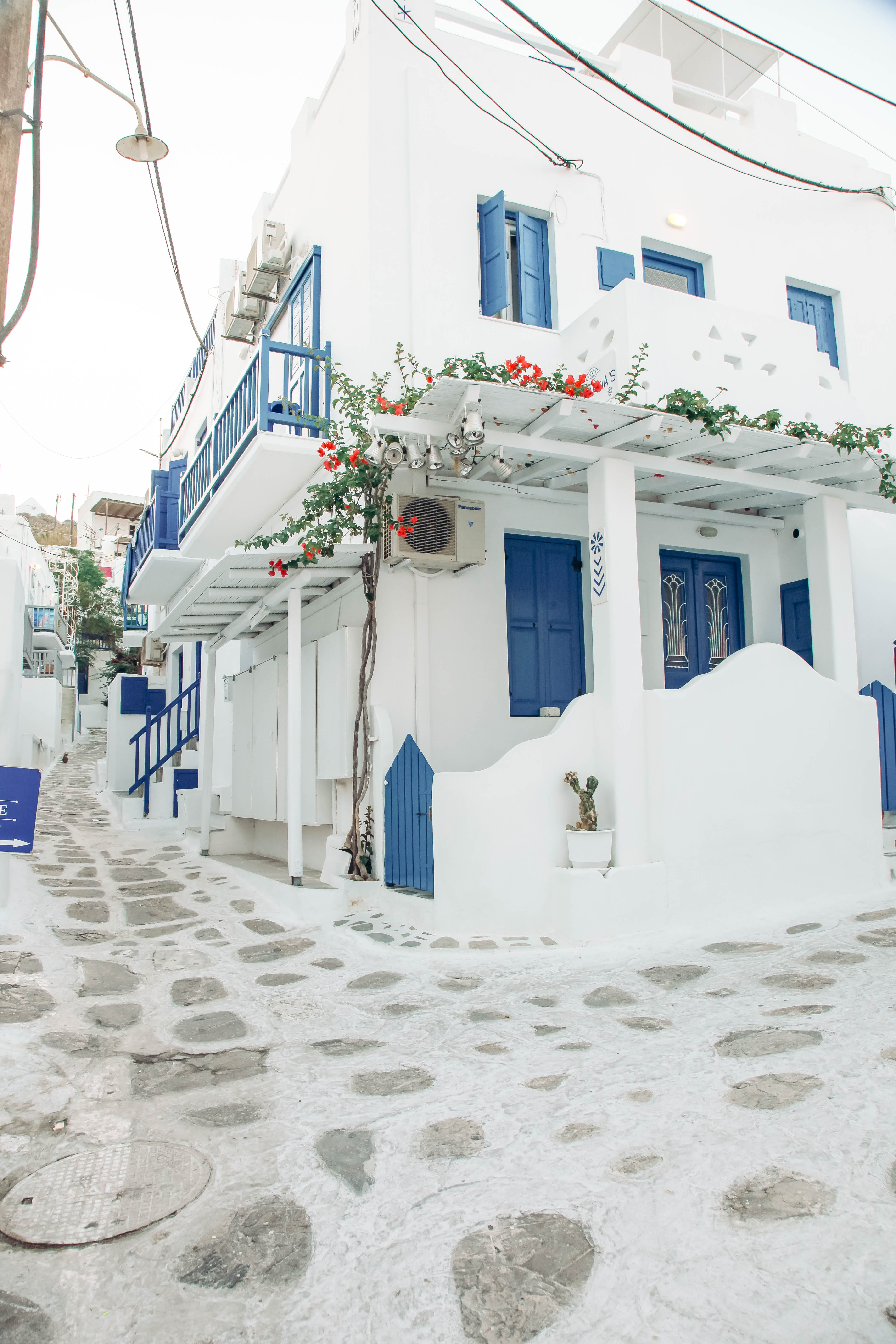 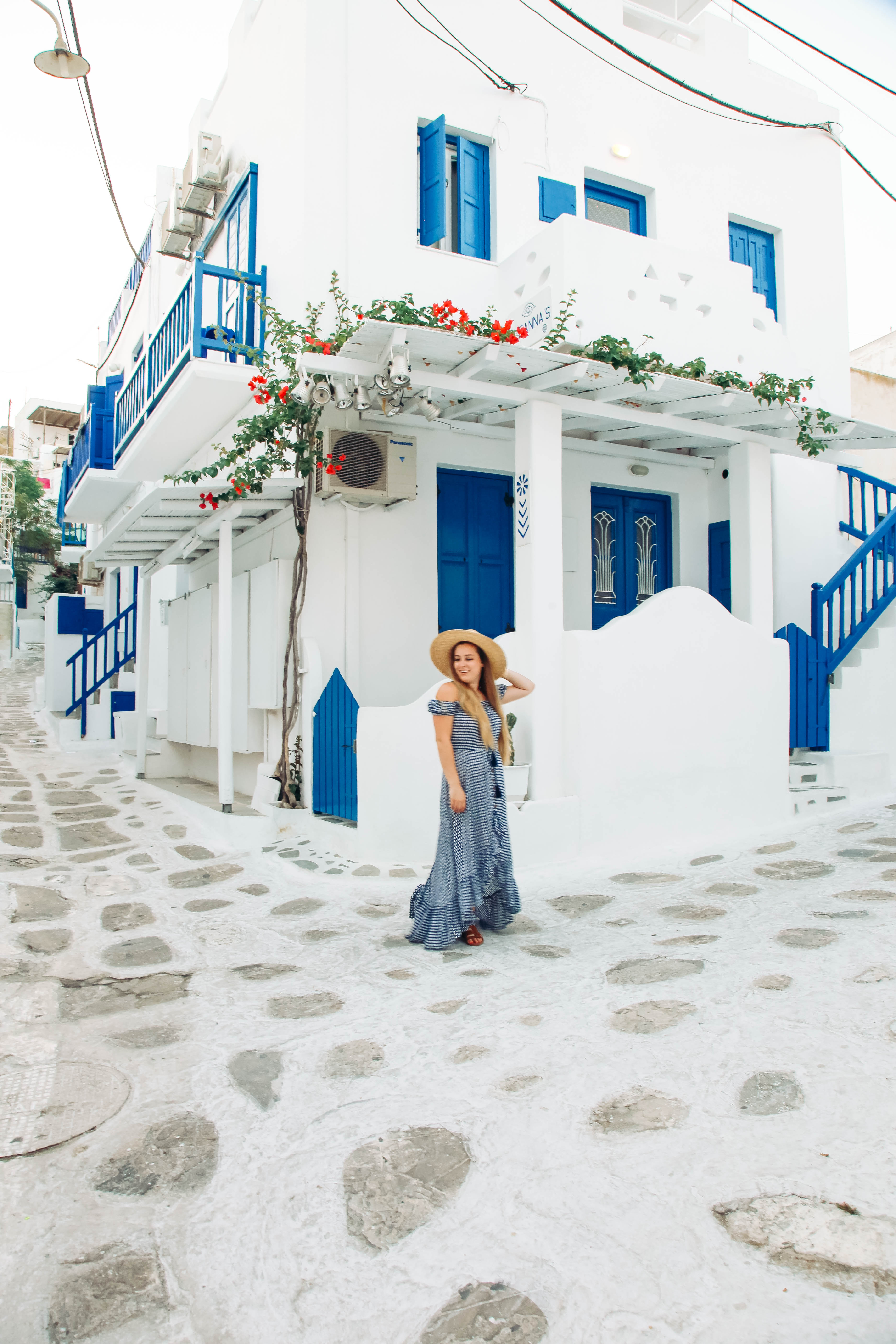 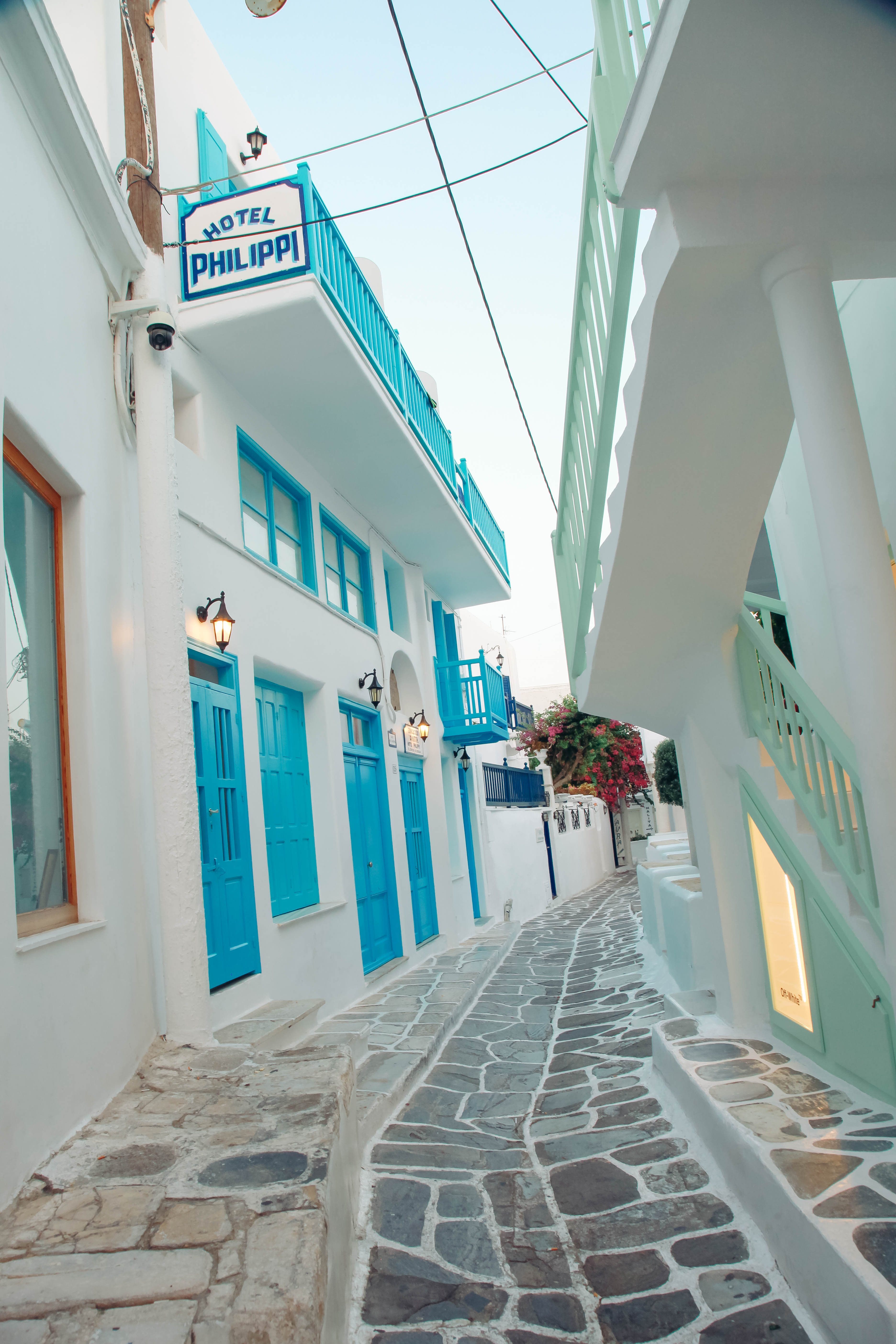 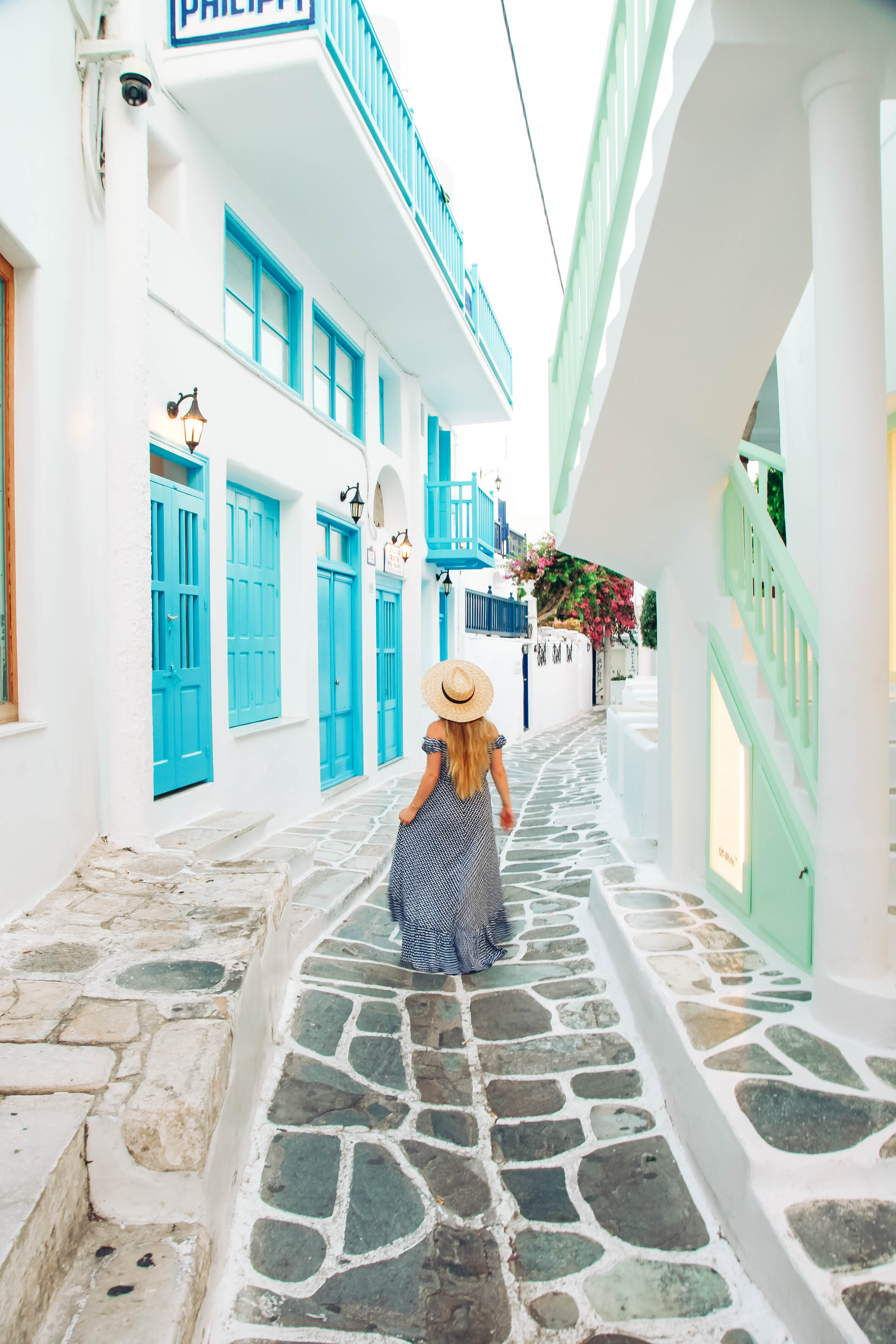 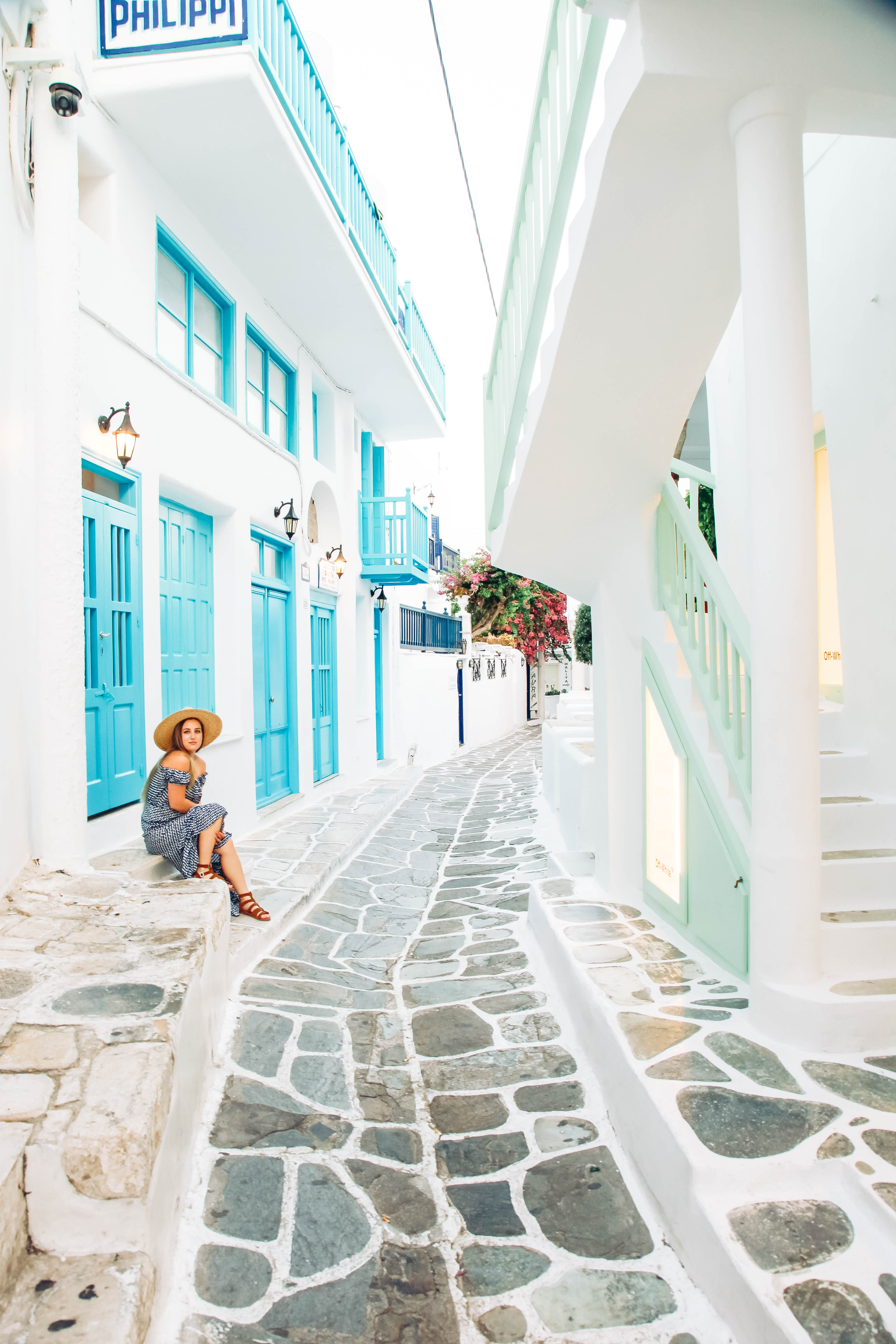 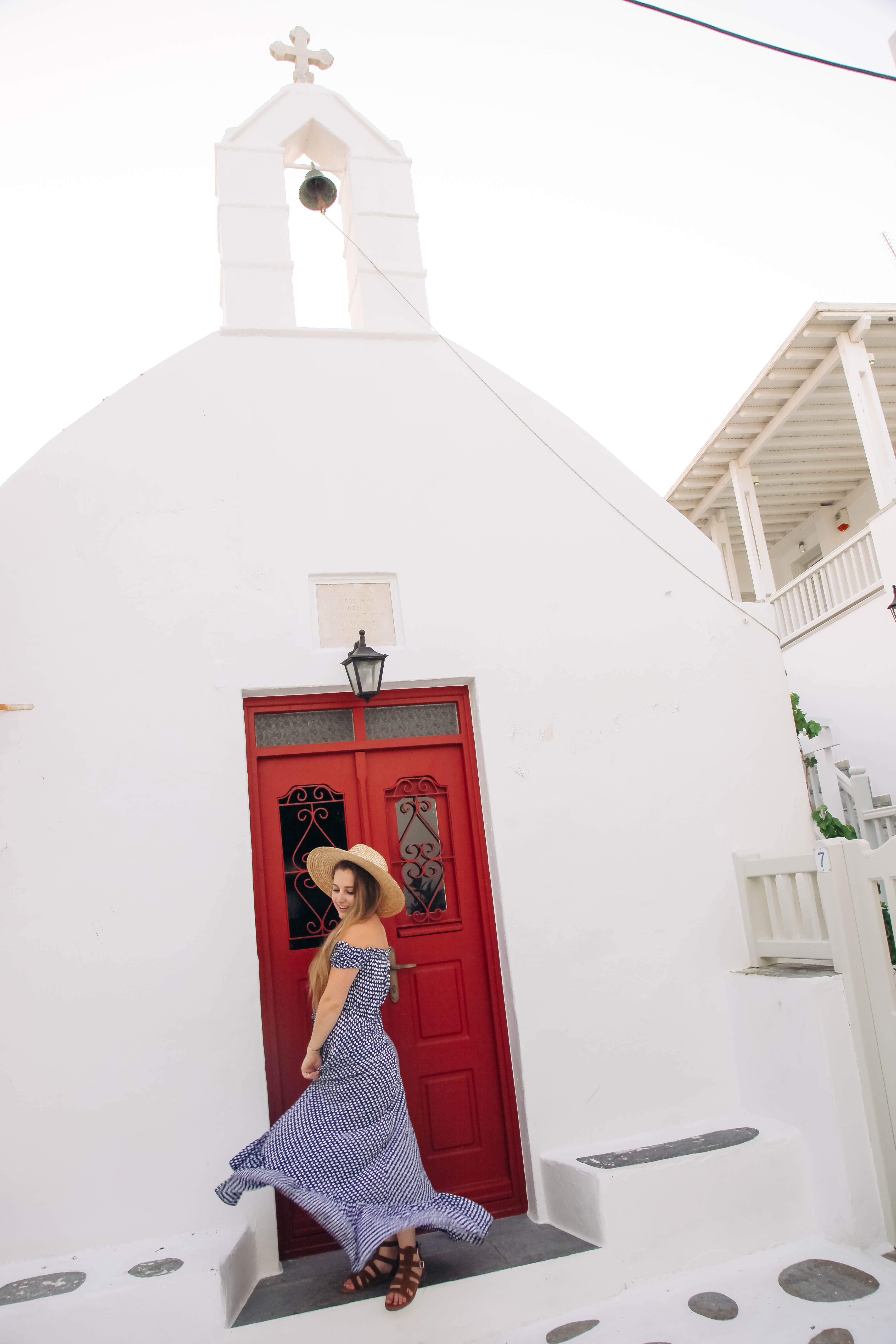 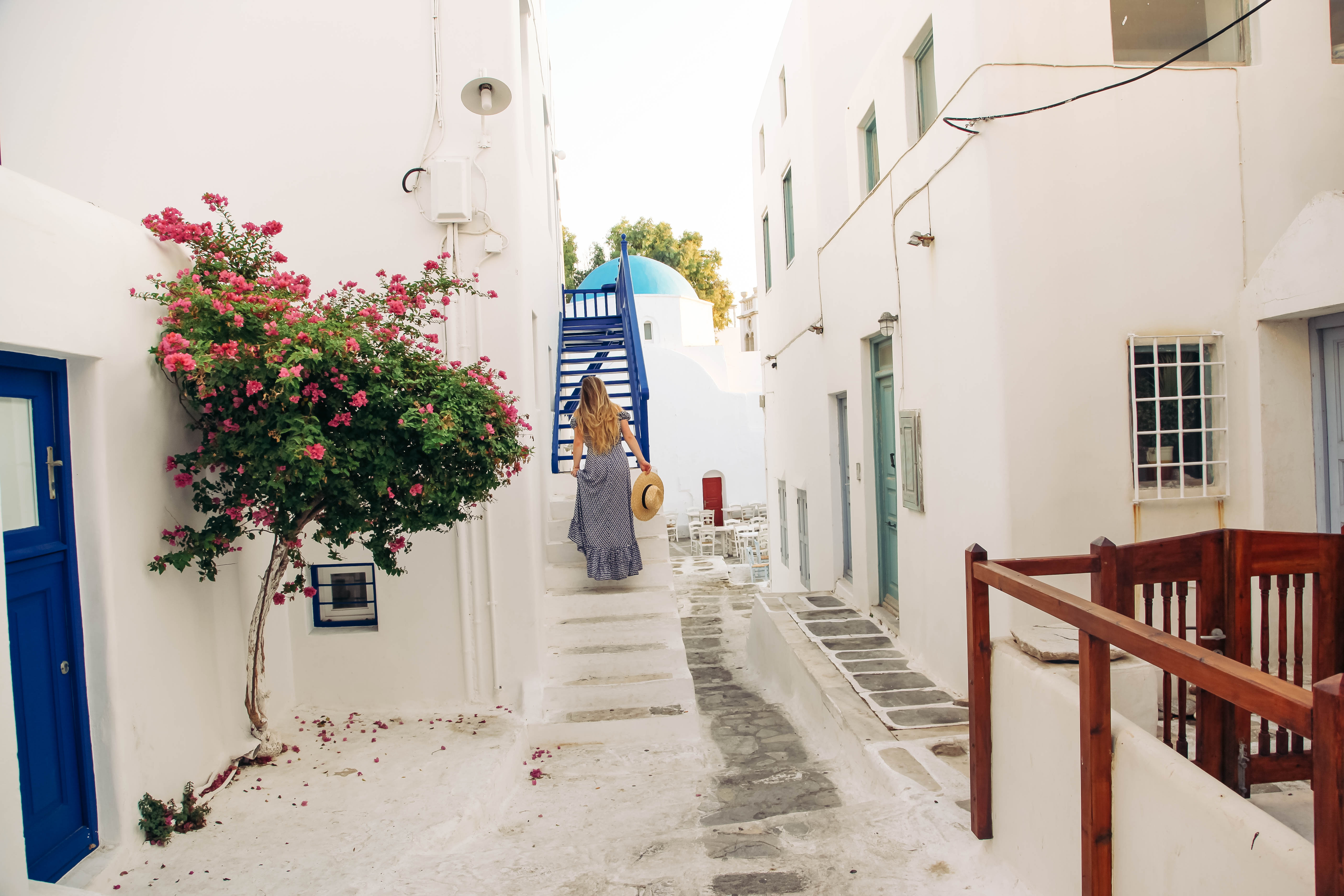 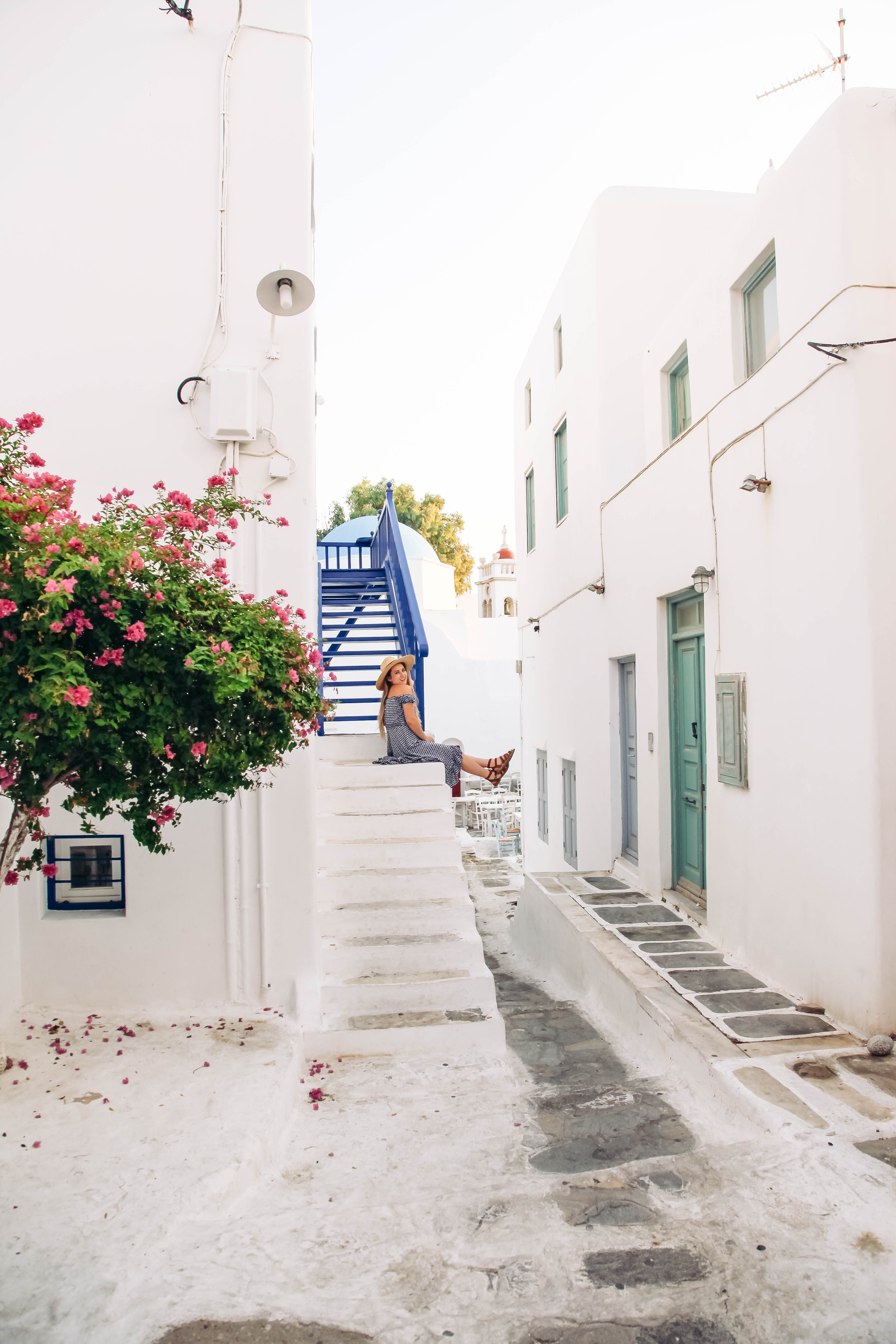